My own project management system

A spring day back in 2017 I decided that it was time to act!

I was tired of user stories being used as todo-lists; (under)estimating them, trying to share them between front-end and back-end developers, attempting to express under-the-hood work, them being ordered in irrational ways... and possibly more things that I've forgotten in the meantime.

So I did what I usually do in such situations: I tried to invent something better.

~150 hours of work and some months later it was finally in a usable state, and it had gotten a name: Tasq. 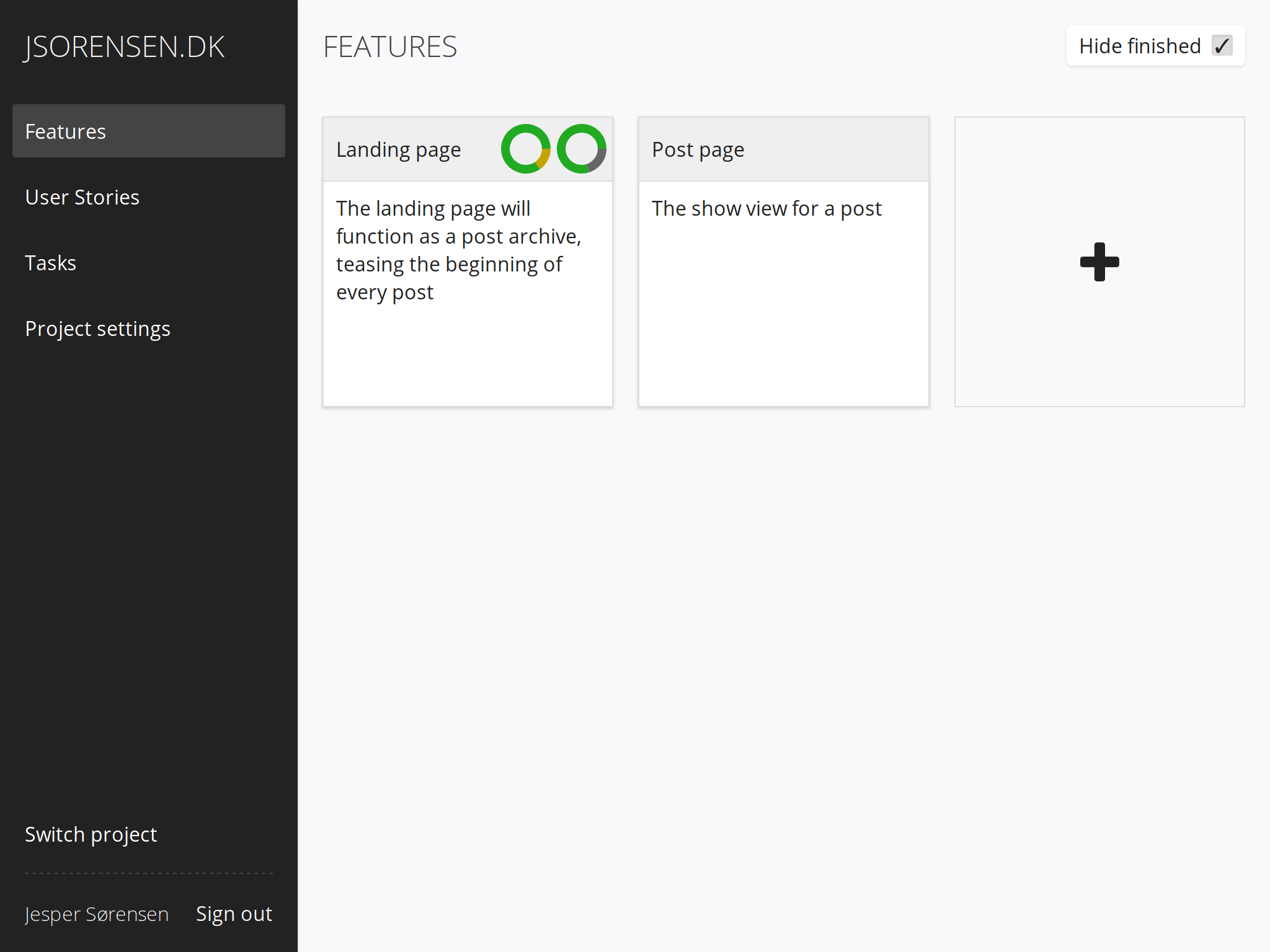 Tasq has three concepts to understand:

And here's how those concepts are thought to be used:

Tasq doesn't enforce a workflow though, so if it suits your needs, you can also create a feature with only tasks or user stories. Or you can decide not to use features at all, it's up to you. 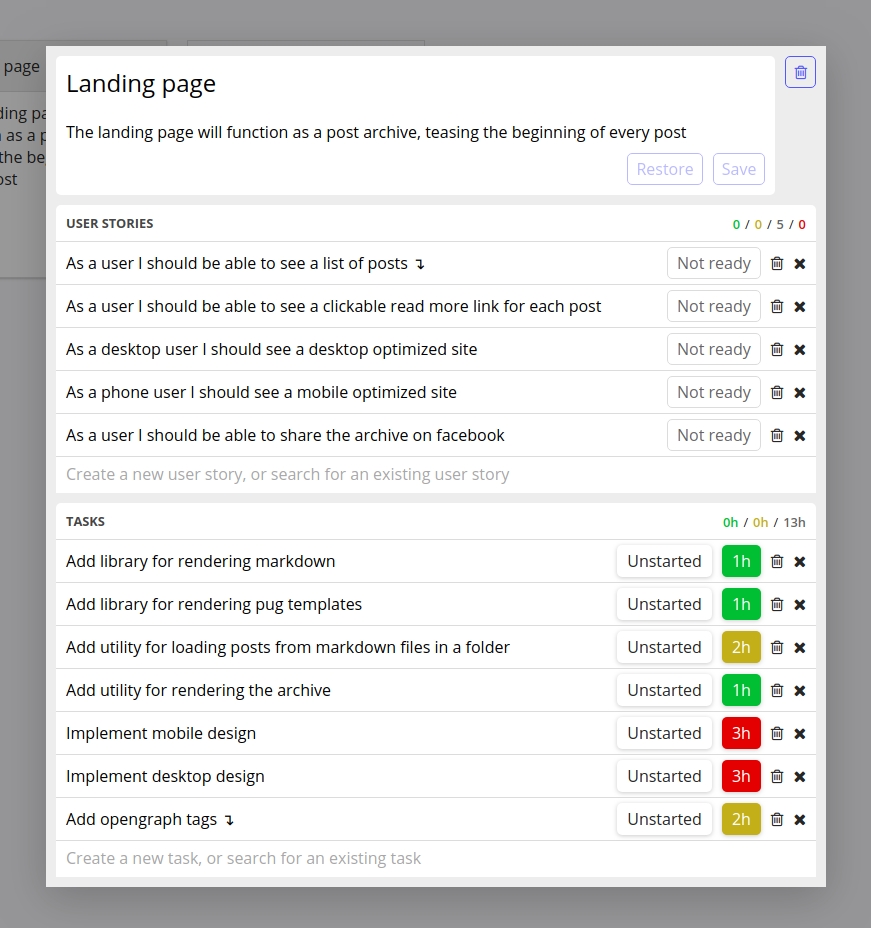 A feature, complete with user stories and tasks

You might wonder what has happened in the meantime? It has been more than a few months since spring 2017...

What happened was that Tasq got in a working and stable state, but my employer decided to go with Asana, more mature, more features and all that. Then my girlfriend got pregnant, and we had a baby boy and he's now almost a year old.

So Tasq ended up in the pool of possibly infinitely paused side project - and who am I to build a project management system afterall?

However, I do believe that Tasq's unique (I think - otherwise let me know!) approach works really well; the whole user stories, tasks, and features concept. Tasq is still my go-to-tool for running my side projects, though I'm obviously biased, and it's a project that I'm hoping to spend more time with in the future.

If you want to try it out, it's available at www.tasq-app.com and I'll gladly accept any feedback!

A warning: While it's working well on desktops, it's a bit rough around the edges on phones.

And I almost forgot: Here's a quick glance a the technical side of things: